Model of STD is implemented by decreasing excitatory amplitude by factor f, whenever there's a presynaptic spike. Amplitude recovers exponentially back to 1. This changes the total amount of current that enters the cell as a function of rate. This makes the neuron sensitive to relative changes in the rates of the presynaptic neurons. With depression a 50% change in a 100Hz input, and a 50% change in a 10Hz input has about the same effect on the output. 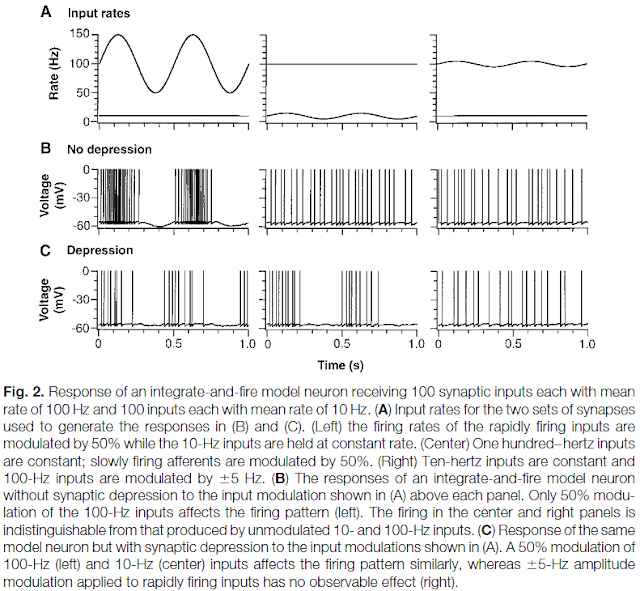 Synaptic depression in this sense broadens the tuning curve of neurons, but does not change the selectivity. Makes the neuron sensitive to changes in the inputs overall, rather than total input values.
Posted by Unknown at 2:03 PM