Terry is on my committee and a giant in comp-neuro. He's like the father of computational neuroscience.

This goes into the noise-based mechanisms of shunting inhibition. Asynchronoous release is the spreading of vesicle release over time. They model vesicles and probabilities that vesicles get released.

This paper isn't really about shunting inhibition modulating the gain, but rather the effect of the asynchronous release. They talk about different types of shunt regimes - high shunt, low-shunt - which have different effects. The primary driver of gain modulation, however, is the synaptic depression. This mechanism is a gain on the inputs and is not controlled by gaba. 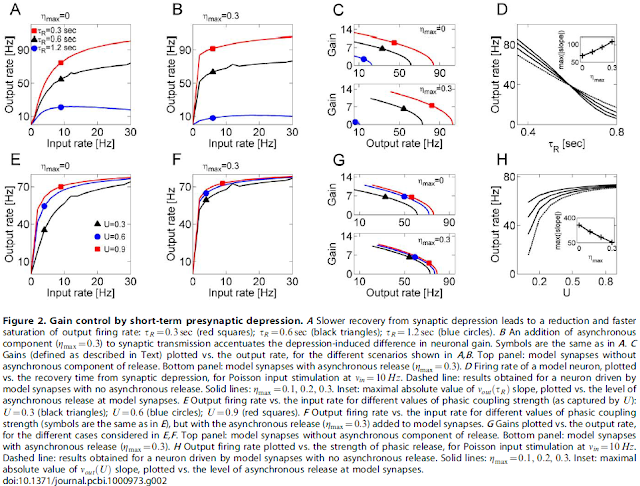