ocr-2 trpv channels? I guess these are the detectors of some chemicals, used to detect C9 and glycerol. Or this is how they signal downstream...

Figure 3 - ADL Ca responses reduced in amplitude and delayed in males. ASK antagonizes repulsion - males with killed ASK avoid, no change for herms that normally avoid. ADL can drive repulsion if synapses are strengthened in males. Repulsion is inhibited by ASK and RMG. 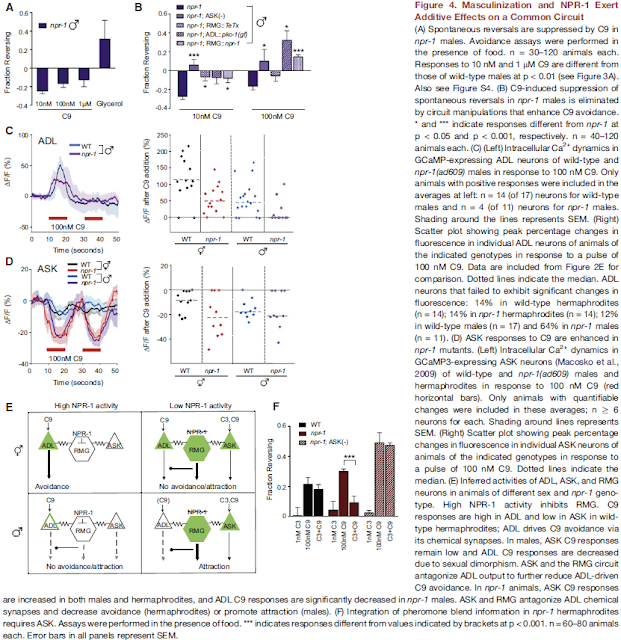 animals can change attraction/repulsion behaviors depending on behavioral state. Suggesting that npr-1 may be modulated. "reminiscent of the flexible circuit states of crustacean stomch cpgs and vertabrate spinal cord motor circuits."